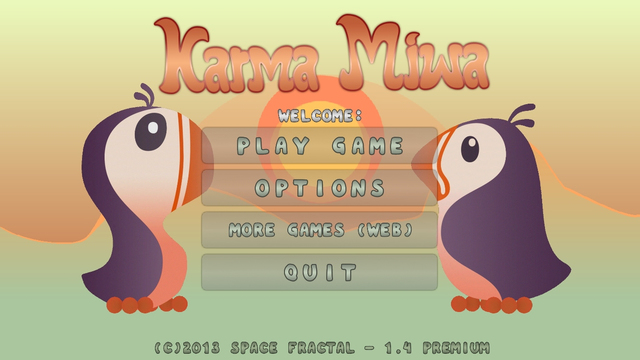 From the Developer
You play a strange fragile flightless bird, who has been gone for too long and now wants to go home to its mate, which is far away.

However for unknown reasons, enemies are being lured and attracted the bird. The flightless bird needs to run and jump over many enemies and obstacles on its journey home to your mate. The bird trek is long and full of danger.

Can you help the bird to get home to your mate?

Features:
– Play as Terry or Miwa, the two main heroes in this game.
– There are 4 difficulties (2 for Miwa and 2 for Terry).
– 2 hit system – the first contact with an enemy is non-fatal.
– Don’t forget to get the coins: They get extra time, extra score and also remove a “hit”.
– When lost all lives in rookie mode, the game turns automatic to “Practice Mode”.
– The game features 21 levels, spread over three different areas.
– Each difficulty level has its own save file.
– The game offers 2 methods of Touch Control; 4 point and joypad modes. The game is however designed with “4 points” in mind.
– Can be played with an MFi GameController (from v1.6).

This game is fully premium. No in app or ads is used.