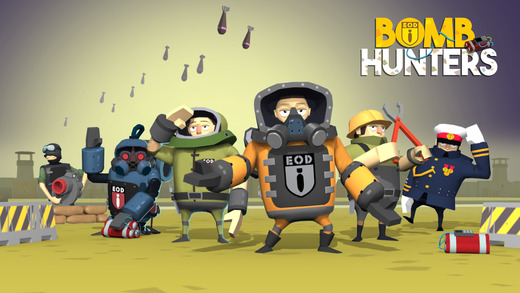 From the Developer of Bomb Hunters

Grab a pair of pliers and keep your cool. You’re about to experience the life of a bomb disposal expert. Always racing against a ticking time. Always wondering if it’s the red wire or the blue one.

Which gets easy anyway. After a couple of successful bomb disposals, right? Not in Bomb Hunters! The bombs are spread out on a battlefield with enemy snipers and grenadiers guarding the bombs, obstacles blocking the way and heavy-traffic roads that need to be crossed.

Some of the bombs will get your head spinning as you need to manually defuse them with the right plugs and wires.

Still, think you’re the right one for the job? Then report to Bombquarters immediately!