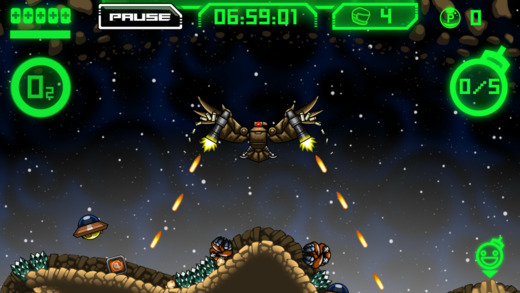 From the Developer of Atomic Super Lander

The doomsday is upon us. The Earth is about to be bombarded by an asteroid supercluster! It’s time to cram all able-bodied persons to rockets and fire them blindly into space in a desperate fight for mankind’s survival!

Become a cosmic demolition man! Master the tricks of space flight, fight strange alien life and plant your nukes in the asteroid cores. Escape to safety and detonate those rocks to stardust!