This page covers tips and tricks for surviving naked - i.e. without any equipment - in PUBG Mobile and PlayerUnknown's Battlegrounds.

Whether you’ve got the worst luck of all time with loot or, more likely, you’re just looking for a hardcore challenge, this final survival guide in our series produced in collaboration with Tencent and Armed Mind, is here to help you survive…in the buff. Completely naked. Well - except for those iconic white undies.

You’ve dropped into a city area along with several other players. The first house you check…looted. The second house welcomes you with a spray of gunfire. The third house has nothing inside. It's a worst-case scenario: you’re naked,you’re afraid, and there's no gear or weapons anywhere in sight. 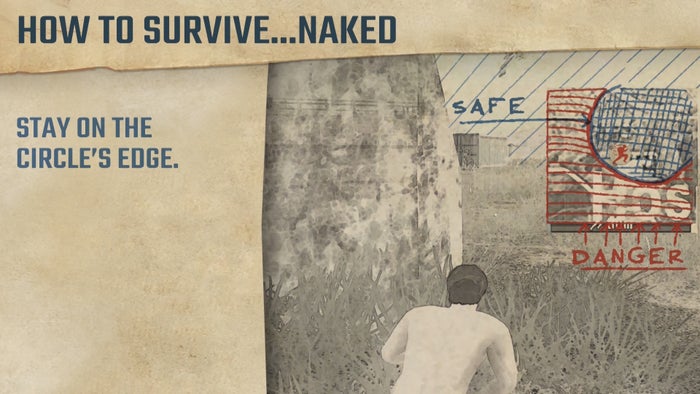 Thankfully, you’ll always have one friend at your back: the circle’s outer edge. If you’ve got absolutely nothing, then hugging the circle’s edge is your best bet. It lets you keep your back to a very deadly wall and your eyes forward looking for enemy opponents who are better dressed for the battlefield.

This should be a no-brainer, but when you’ve got no gear, getting into a firefight should be the last thing on your mind. 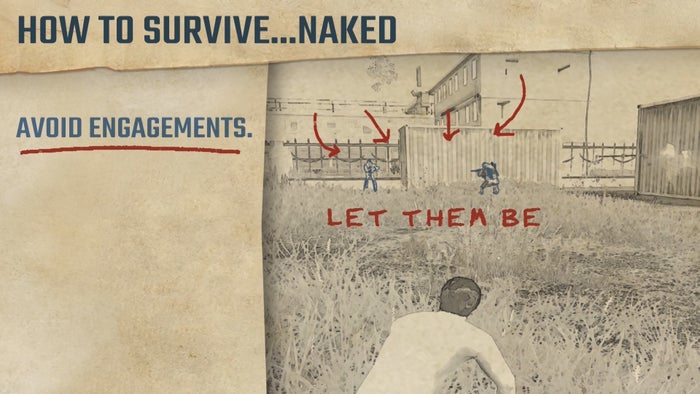 Duck, dodge, weave, crawl, and roll, but do not engage or approach enemies that are already fighting someone else. Let them battle it out between the two of them - less players on the map means that less players are shooting at the doofus in their skivvies.

When you’re playing in ‘exhibitionist mode,’ you’ve got to use all the game’s mechanics to your advantage. You'll want to avoid engagements, but keeping an eye on enemy players is also important. 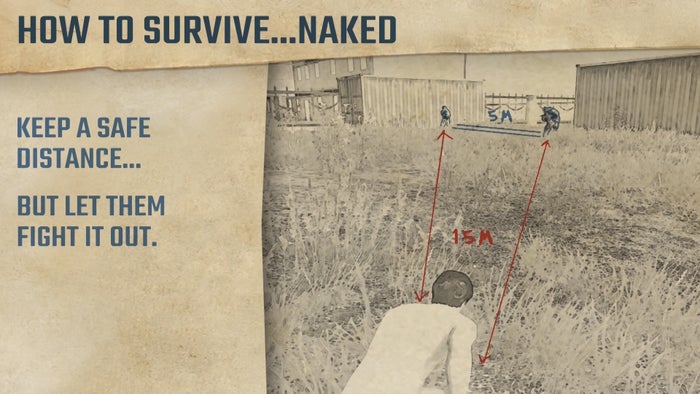 If you’re able to trail enemy players without them noticing you, you can use them as a meat shield and potentially ride their momentum late into the game. 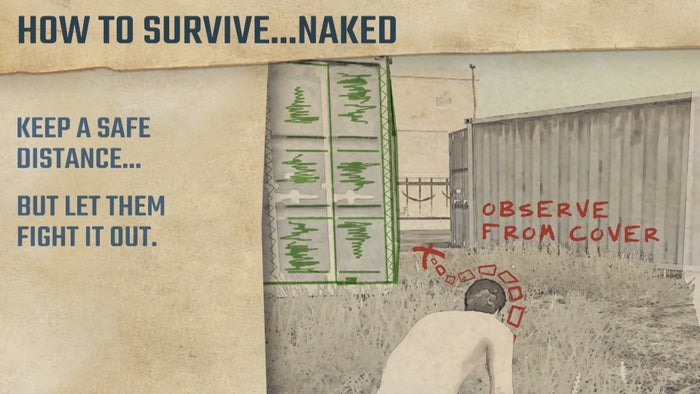 A reminder for new players that you can use the camera to watch other players movements without ever exposing yourself from cover. Get low behind a wall or corner and pan around using the ‘eye’ button—it provides more visibility and allows you to keep from k running around willy-nilly.

4. Take What You Can Get

You’ve been trailing enemy players and they have no idea you’re there. A shootout finally leaves behind a trail of decent (or... any) loot. 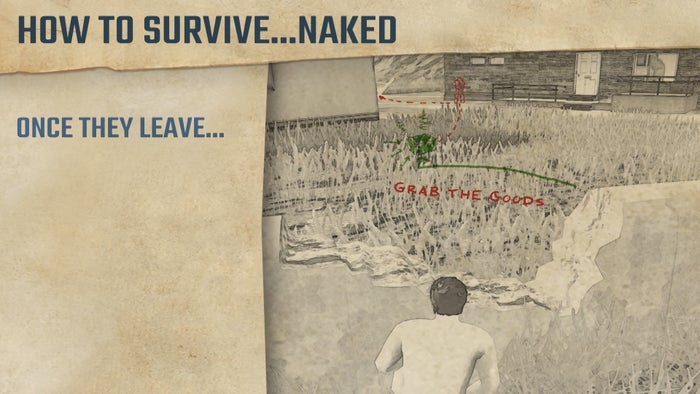 If you really want that chicken dinner, you'll have to get your hands dirty sometime - so if you’re ready to rejoin the non-nude masses, all you have to do is wait for those overdressed corpses to disappear, and then go hoard the loot they left behind. That is, unless you think can win with nothing but underwear and a frying pan. And if you do, good luck. We believe in you.

5. Roll Around In The Hay 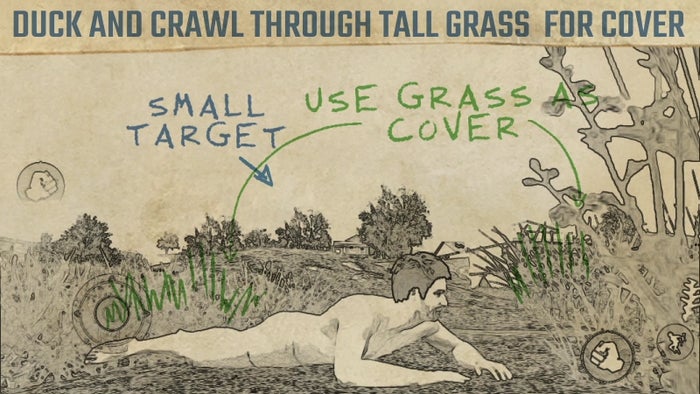 This greatly reduces your target profile - plus the dirt, rocks, and grass can offer a small bit of camouflage for your character.

6. One with the Forest

Bounding through an open field in your birthday suit might be exhilarating, but in a game of PUBG Mobile, it’s also the best way to make sure you never have another birthday, period. 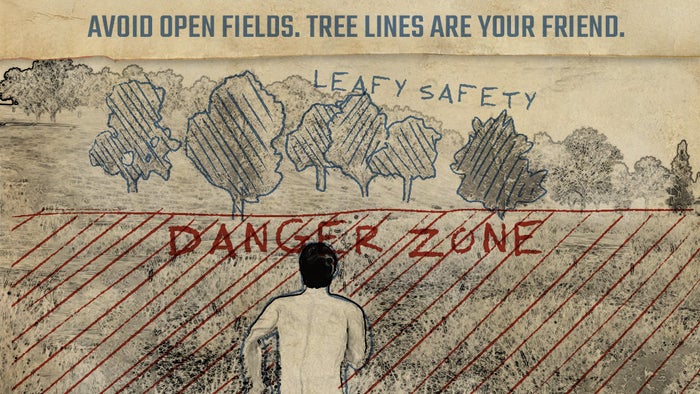 When running around with zero gear, the forest is your friend. Tree lines allow you many different, short-range cover options that can save your (exposed) behind in a firefight.

How does one end up naked for an entire round of PUBG Mobile? Ironically, vanity! Assuming you’re not the kind of hardcore player who’s trying to win out in the buff, one of the reasons you might find yourself in need of this very guide is that you were too choosy... ‘Oh I don’t want an Uzi, I want an M4.’ ‘Oh, 2x scopes don't do enough, I need 4x, minimum.’ Something is always better than nothing, so don’t be so picky that you get picked off. 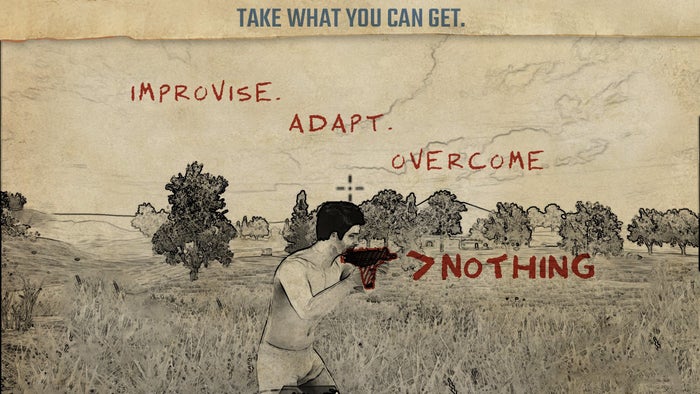 You’d be surprised what you can get done with less than optimal weapons - that Uzi on full-auto is one of the best shotgun replacements you can find.

Sometimes, you can’t find anything. Maybe you arrived late and other players took it all…or maybe you just got unlucky. 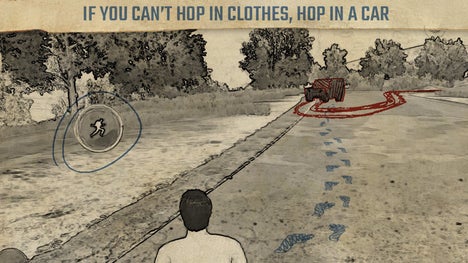 Either way, you’re naked, running scared, and you’ve got nothing. No armor, no helmet. Next best thing? A car! A vehicle can act as makeshift armor in a pinch, and the added mobility can let you escape to fight another day.

Wanna play the game with gamepads?