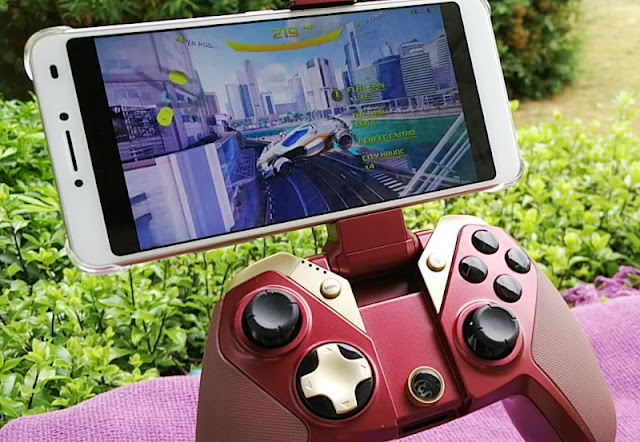 While touchscreen on a smartphone is great for typing away on social media, touch control is not so great when it comes to playing mobile games; hence the need for a gamepad. 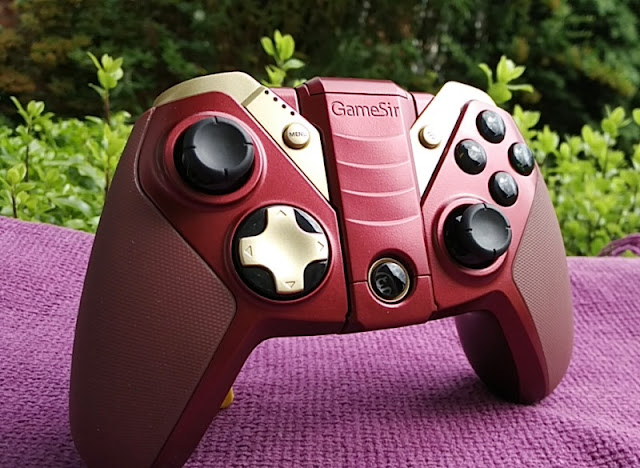 If you own an iPhone, iPad or even an Apple TV, you will want a game controller that has a "Made for iPhone/iPod/iPad" (MFI) certification as any gamepad controller will not work with your Apple device. 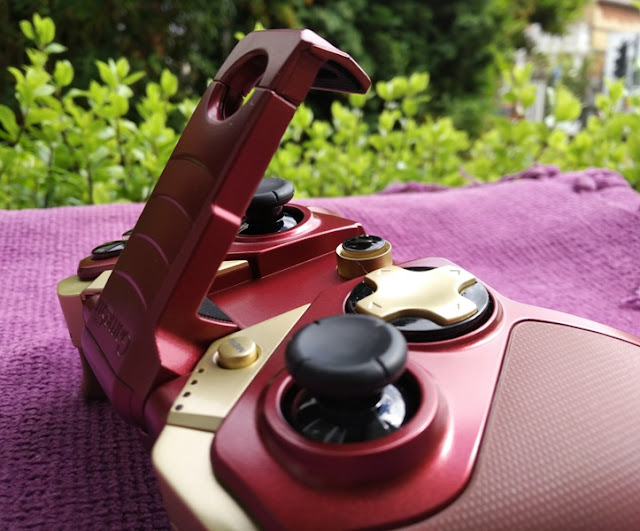 When looking for a MFI game controller, you also have to keep in mind that most iOS games don’t work with MFi controllers so it's worth checking that the "Made For iOS" game controller you are getting comes with a good selection of iOS games that are also authorized official versions. 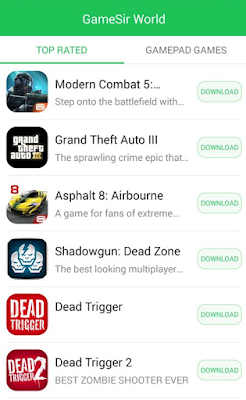 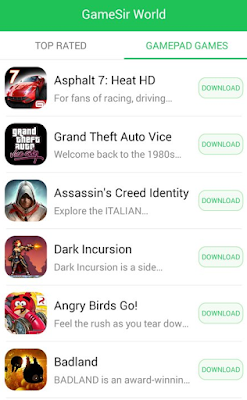 The GameSir M2 is a MFI game controller that comes its own dedicated app, called GameSir World App, that you download from the App Store and contains all the iOS games that are compatible with the GameSir M2 controller which includes Duke Nukem: Manhattan Project and Asphalt 8 (Fortnite is currently not included).

While it would be great to play all iOS games, the GameSir World App does contain hundreds of games, all of which are tested for compatibility and do not require jailbreaking the infamous iOS closed platform (aka walled garden). Jailbreaking an iOS device works very much like "rooting an Android" device so you can run software that would normally not be able to run. By the way, jailbreaking is perfectly legal. 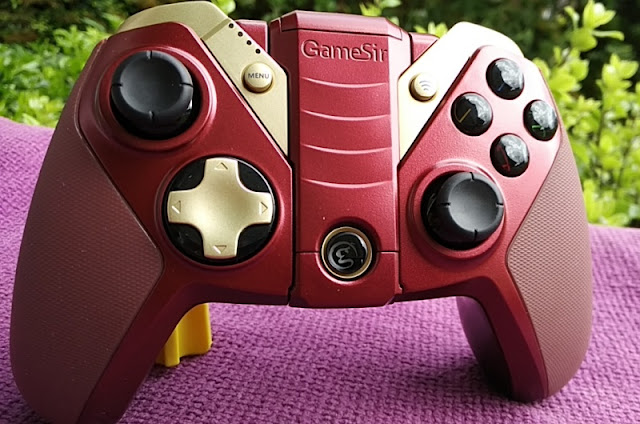 The GameSir M2 controller is modeled after the G4S Android gamepad so the layout and button positioning is identical but with fewer buttons. 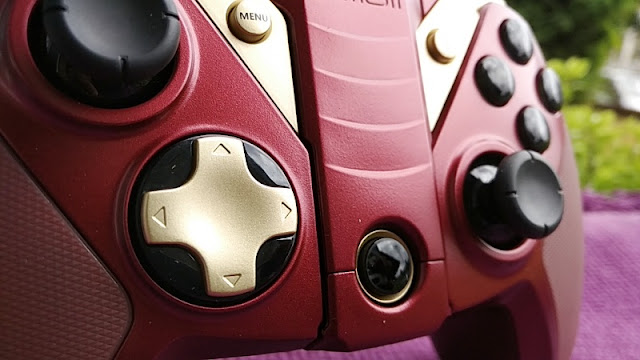 Instead of a Start, button, Turbo button and Clear button, the Gamesir M2 controller has a Pair button and a power on/off switch on the back. Buttons and d-pad are springy and responsive while the joysticks are rubberized preventing your thumb slipping off. 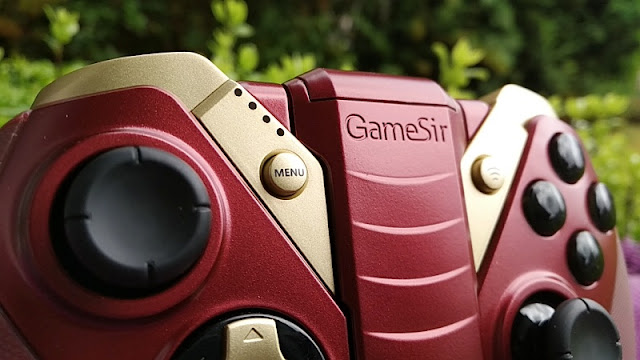 The Menu button doubles as the Wake Up button when the M2 controller goes into Sleep mode after 10 minutes of inactivity. When pressing simultaneously the Menu button and the Pair button also lets you clear any previous "paired devices" so you can pair it to a new device. 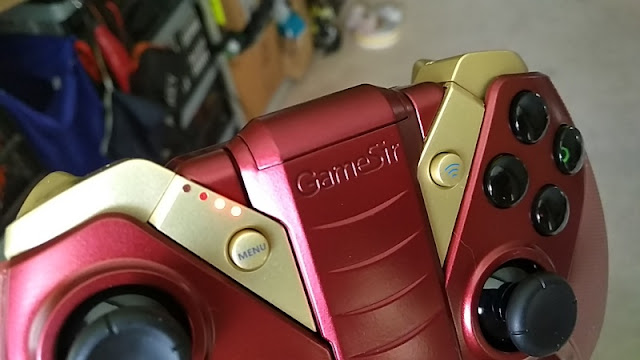 The battery led indicator on the Gamesir M2 controller consists of four small red leds on the top left corner that let you know the status of the battery power. When fully charged, the leds start off solid red and then start flashing one by one as battery power decreases. One led flashing equals less than 25% battery power remaining.

The X, A, Y, B buttons have a clear bubble and do not not illuminate. The A button is used to confirm menu options and accelerate ingame. Both joysticks and d-pad control the direction of the car while the B button, L1 and L2 buttons reverse the car. The Y button switches the camera angle. 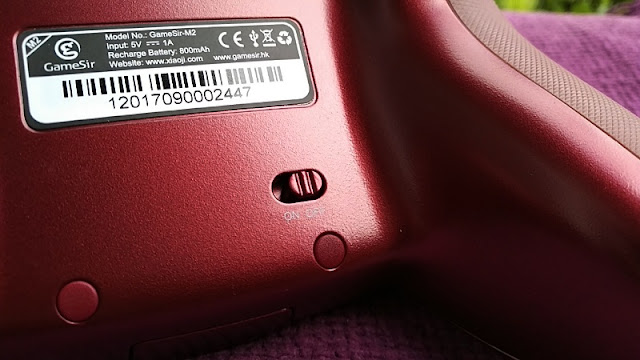 The iOS mobile operating system has to be iOS 7.0 or above for iOS devices and Mac OS 10.6 or above for the Macbooks. 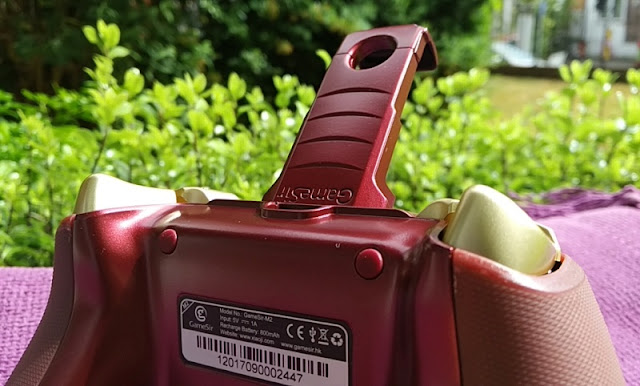 The GameSir M2 controller connects via Bluetooth 4.0 and has a working distance of 7 meters. While ingame, there is not lagging. The Gamesir M2 iOS controller also integrates a mounting bracket to conveniently mount your phone onboard the gamepad. 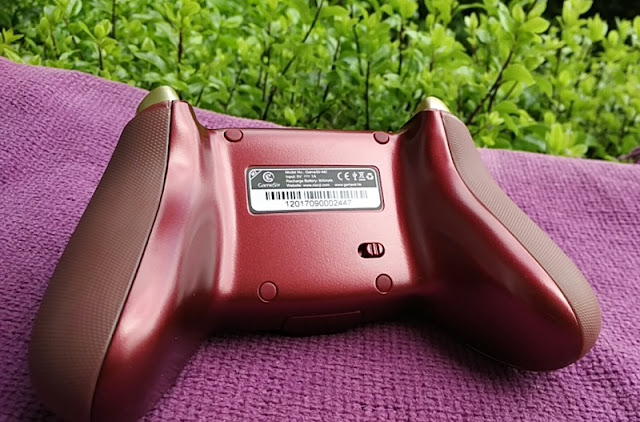 The GameSir M2 has built-in to it a 800mAh rechargeable lithium battery that charges via a Lightning port for an Apple Lighting connector, which is not included. The M2 controller charging voltage is between 3.7V 2A for iPod and iPad and 5V 1A for iPhone, taking between 1 hour and 2 hours to charge. 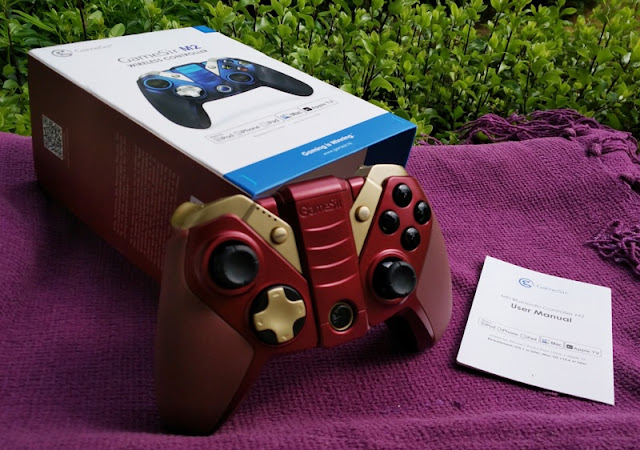 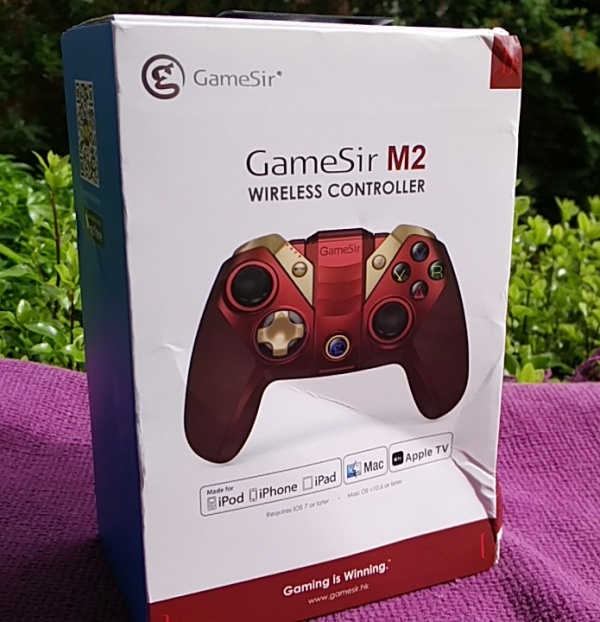